Dogs see the world quite a bit differently than we do. First a few facts. A dog’s acuity, the ability to see clearly, is much lower in bright light than is a humans. It is a generally accepted fact that a dog’s vision is about 20/75, as compared to a human’s 20/20. This means that an object a dog can clearly see at 20 feet, a normal human would see clearly at 75 feet. Dogs do not have the ability to focus as well on the shape of objects. An object a human can see clearly may appear to be blurred to a dog looking at it from the same distance.

fiber. All the nerve fibers are bundled together to form the optic nerve. Rod cells are elongated cylindrical cells in the retina of the eye.

They are sensitive to dim light but not to color. It is the rod photoreceptors of the retina that are necessary for vision in dim light, in dogs the centralis which is 25% of the retina is predominantly made up of rods. By comparison the same area in humans is mainly made up of cones.

While we (humans) can see more color in bright light. The dog can see more monochromatic   (män-ə-krō-ˈmat-ik) [Double left click to hear it pronounced]

Merriam-Webster dictionary defines it as.

vision in low light then we can.

where as we have trichromacy vision.Dichromatic or dichroma is having only two types of cones in the retina of the eye so they do not see the same spectrum of color that we do. They see in primarily blue and yellow.  While we see in a trichromatic   (trī-krō-ˈmat-ik) 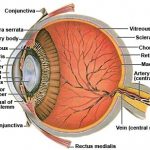 Cutaway of the anatomy of a dogs eye

The eyes of dogs have many of the modifications typically seen in animals which evolved as nighttime hunters. The threshold of light for vision in dogs is approximately three times lower than that for normal human beings. The pupil functions much as the aperture for a camera and can dilate for maximum light capturing ability in dogs. In addition, there is a reflective layer under the retina called the tapetum ( tə-ˈpēt-əm)

in the top half of the back of the eye immediately below the retina. This is a reflective layer which serves to intensify vision in dim light. The mirror effect of the tapetum results in the “eyes shine” observed when animals look into a car’s headlights. After light passes through the retina, it is reflected from the tapetum back onto the retina so that there is a second opportunity for the retinal photoreceptors to be stimulated. While dim light vision is enhanced by the tapetum, scattering of the reflected light may result in reduced acuity.

This is the normal human range of monochromatic light

This is the dogs view of the same chart.

Because most dogs’ eyes are placed more on the side of their head than a human’s eyes, they have a wider field of view. This is a trade-off because the more frontal placement of human eyes allows for better binocular vision. 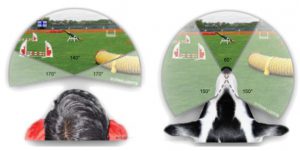 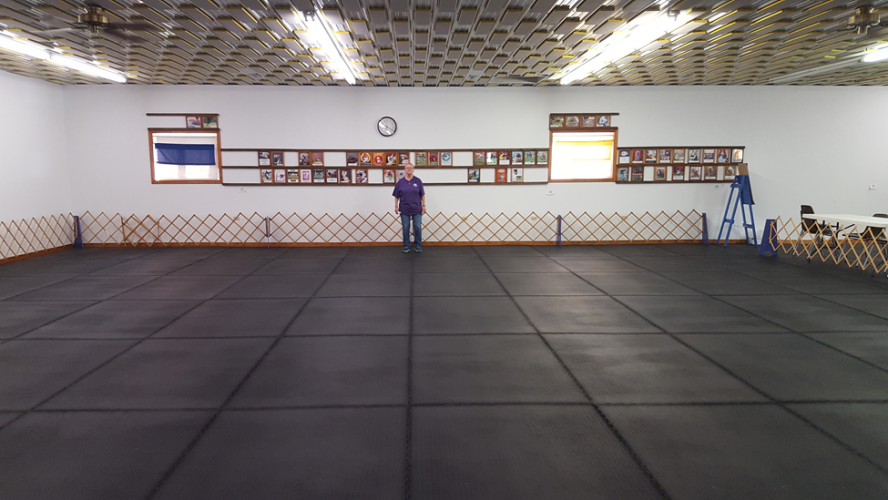 Then because the eyes are located in different positions, each takes a unique view from its own perspective. The two separate images are sent back to the brain for processing. When the two images arrive simultaneously in the back of the brain they are united into one picture. The combined picture appears three dimensional. However, the wider field of vision in a dog’s view results in a greater ability to scan the environment quickly and accurately for motion. Here is the tie in for dog training and the above facts. In dog-training, one of the loftiest goals is attained in AKC which is the abbreviation for American Kennel Club or UKC the United Kennel Club, obedience competition ring. So as a dog trainer I am very concerned with the dog’s ability to receive visual input. In the utility ring, which is the third and highest level of obedience competition there is an entire section of exercise that is called, “signal exercises”. This entire section of exercises is done with hand signals and verbal commands are NOT allowed. The following photograph is of an average “utility” ring. This photograph is taken at approximately 45 feet which is the length of a “utility” ring. It is taken 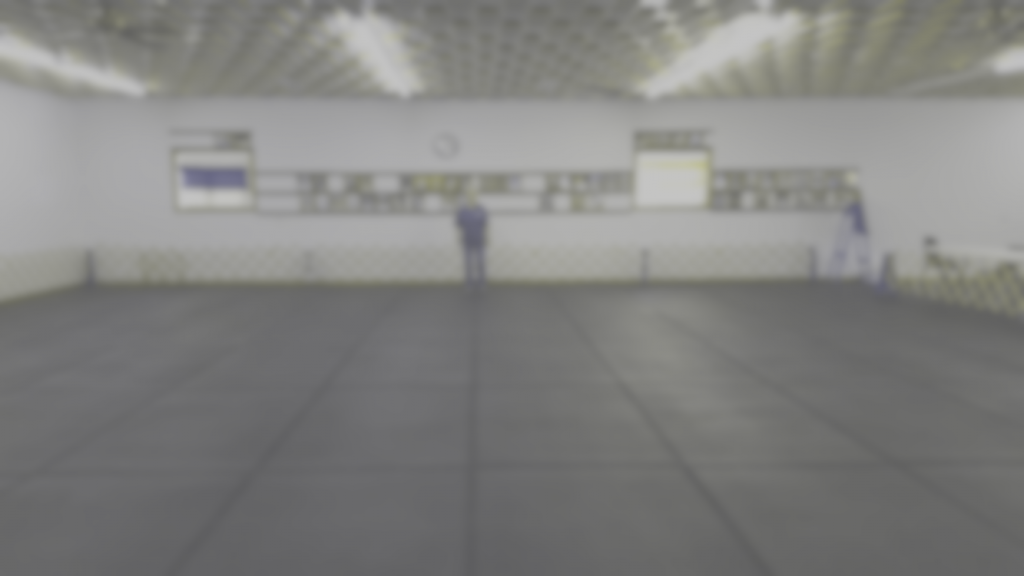 with my android cell phone with no zoom or magnification. The lady in the photograph is approximately 5’3″ tall.

From this distance, the dog must go from the stand position, to the down position, to the return to sit position, and finally a recall. All of this must be done on hand signals alone. I reiterate verbal commands are not allowed! All dog training requires good visual connection between the dog and handler, in this exercise however it is absolutely critical. So, knowing what a dog can and cannot see is critical information. We know from the above facts that a dogs’ acuity is about 20/75 and they have dichromatic vision where they can only perceive predominantly blue and yellow. They have no red photoreceptors. So, this is what the same photograph looks like to a dog.

So, as you can see training a visual exercise at this distance with the limitation of a dog’s visual capabilities is a challenge! The description of how to deal with this situation is a long one and somewhat proprietary. Perhaps I will cover that in a different post. I would be most happy for you to comment on this article or ask a question. Please reach out to me and I will promise to connect with you.